Skip to main content >
Blog > Open Concept: Why is it So Popular?

Open Concept: Why is it So Popular? 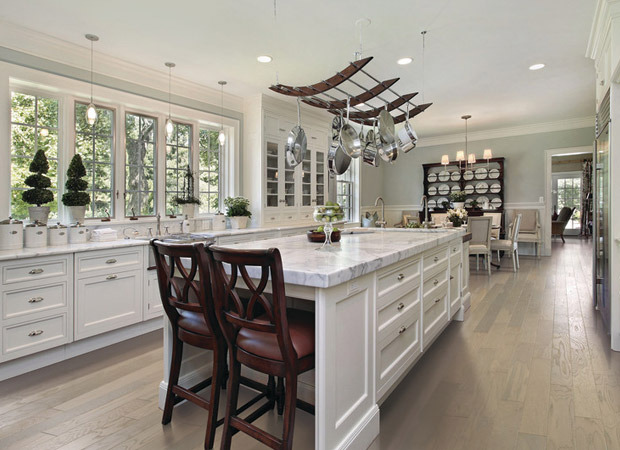 The open concept style – where there is no differentiation between the kitchen and other rooms in the house, such as the dining room, or the living room – has been around for quite some time now. Once popular only in small homes, lofts, and condominiums – where space was and remains at a premium – the open concept is quickly becoming popular in large homes, thanks to such channels as HGTV & the DIY Network, whose stars and shows almost unilaterally endorse the open concept as being the “next big thing” in the design world.

It’s almost as if having walls between rooms has become a bad thing! So, why is it so popular?

One reason, according to some construction experts, is that today’s families are so busy multitasking – cooking, cleaning, watching TV, and doing homework all at the same time – that it’s easy to feel “closed off” and detached from your family in a room that has a lot of walls. The open concept takes that “detached” feeling away and makes multi-tasking easier.

But the “fad” has been around for a while…even before the days of multitasking in an overly-computerized world. Open concepts first came into prominence in the early 1970’s, when communal living was all the rage, and the need to feel close to one another was “radical.” Open concepts then reappeared into popularity in the mid-1980’s.

Do you need some help deciding if an open concept kitchen is right for you? Contact us today and request a free, no obligation consultation!